Most glass used in buildings or other sectors is produced in a so called float process. The different raw materials of the glass are heated to over 1000°C in a continuous process. The molten glass is then fed into a tin bath. The lighter glass floats on the tin surface and spreads out forming a flaoting ribbon with smooth surface and defined thickness. At approximately 600°C, the solidified glass is removed from the bath, cooled further, inspected visually and cut.

The automated handling systems are in use around the clock. Plant availability is therefore of central importance and a decisive competitive advantage.

Experienced system consultants will help you design the vacuum solution to suit your industry-specific needs.

Mark-free handling
Marks on the surfaces of the glass sheets should be avoided throughout the entire production process. Suction cups made of the markless material HT1,can also be used at temperatures of up to 170°C. In combination with a low surface pressure, the suction cups SGF and SAB are ideal for meeting these requirements. With the suction cup covers SU, any contact between the suction cup and the glass can be prevented. We developed a special foam layer with a protective coating so that the vacuum area gripping system can be used for handling soft coatings, such as those used for low emissivity windows, because of its large contact surface and minimal surface pressure.

Short cycle times and high precision
These handling processes require short cycle times. The compact ejector SXMPi offers an integrated suction and blow-off function. This minimizes suction and release times, as well as energy consumption, since the integrated automatic air-saving function means that the ejector is only activated when vacuum is needed. The intelligent compact ejector also features numerous functions for energy and process control.

Plant availability and low energy costs
Not only to avoid capping, but also to detect possible contamination and capping is of central importance for plant availability. The detection allows an early and targeted avoidance of an unplanned plant shutdown. The vacuum generator SCTSi, a terminal with up to 16 individual vacuum circuits, enables direct integration into the control system via IO-Link or Ethernet. Thus, the internally processed and pre-interpreted data can be transferred directly to the control system and, for example, a leakage in a suction circuit can be detected early on. We also speak here of EPC - Energy and Process Control. In addition, the pneumatic vacuum generators have an integrated air-saving control, thus minimising energy consumption.

Vacuum lifters and cranes for manual processes in the glass industry

Vacuum Technology for the Float Glass and Building Glass Sector 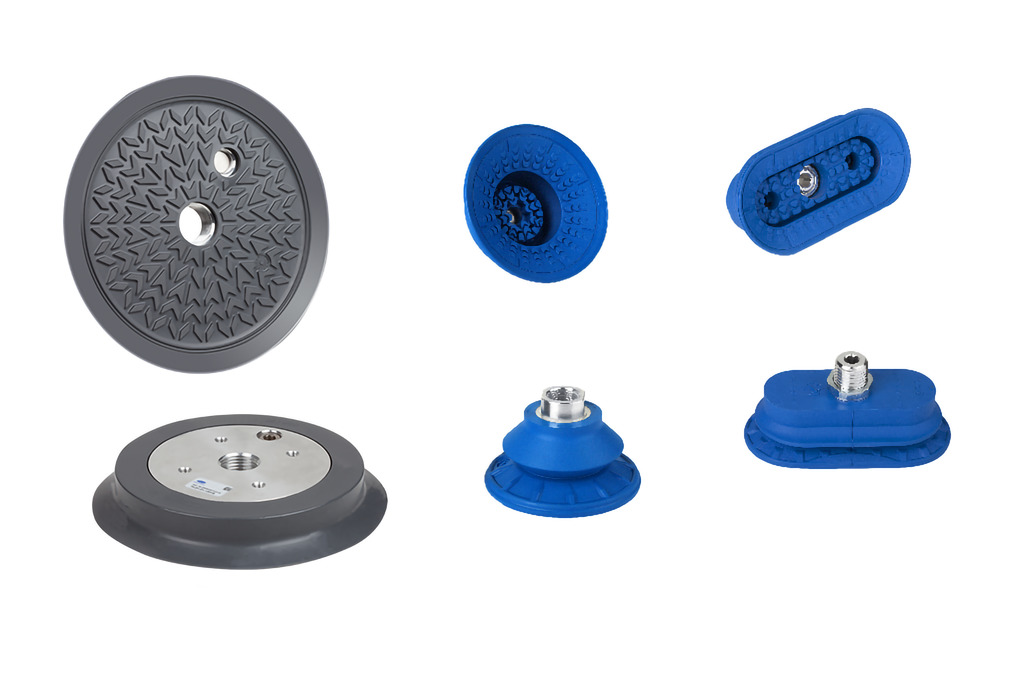 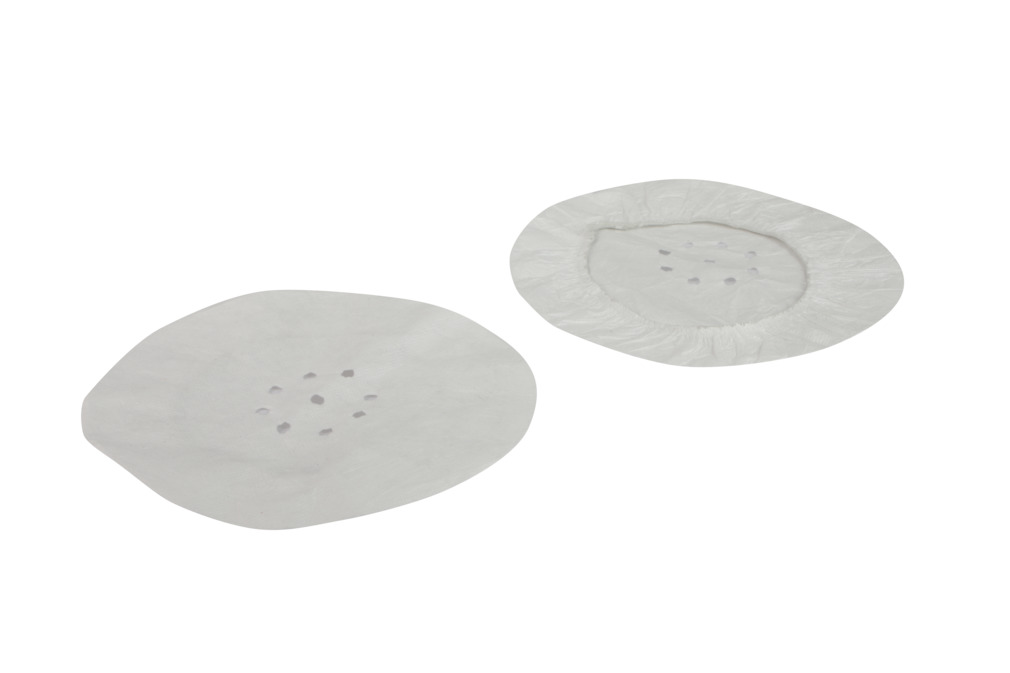 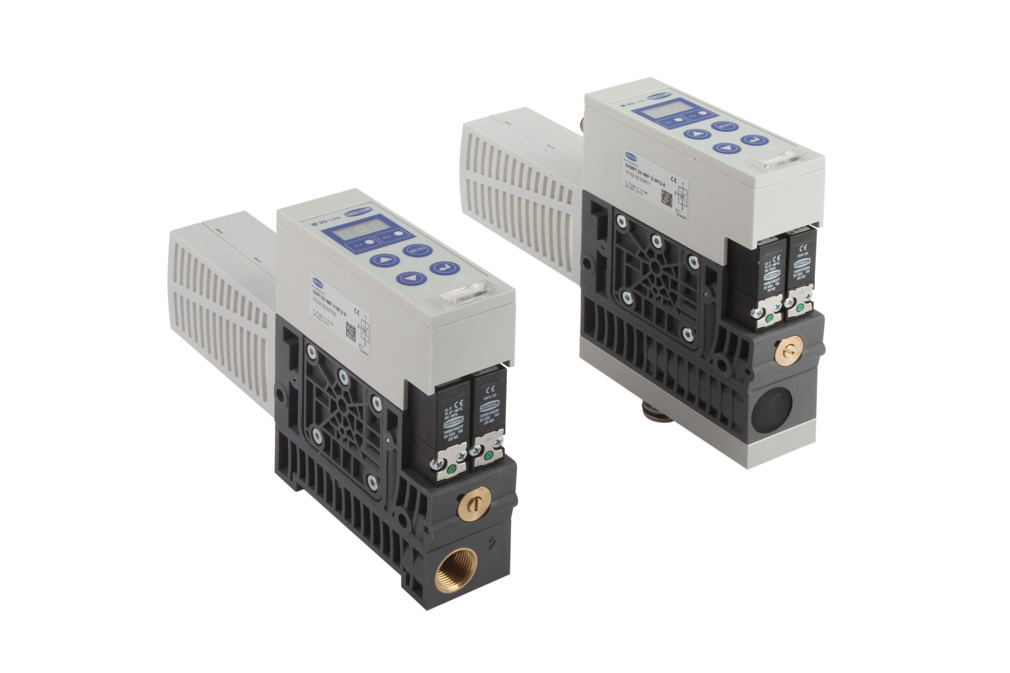 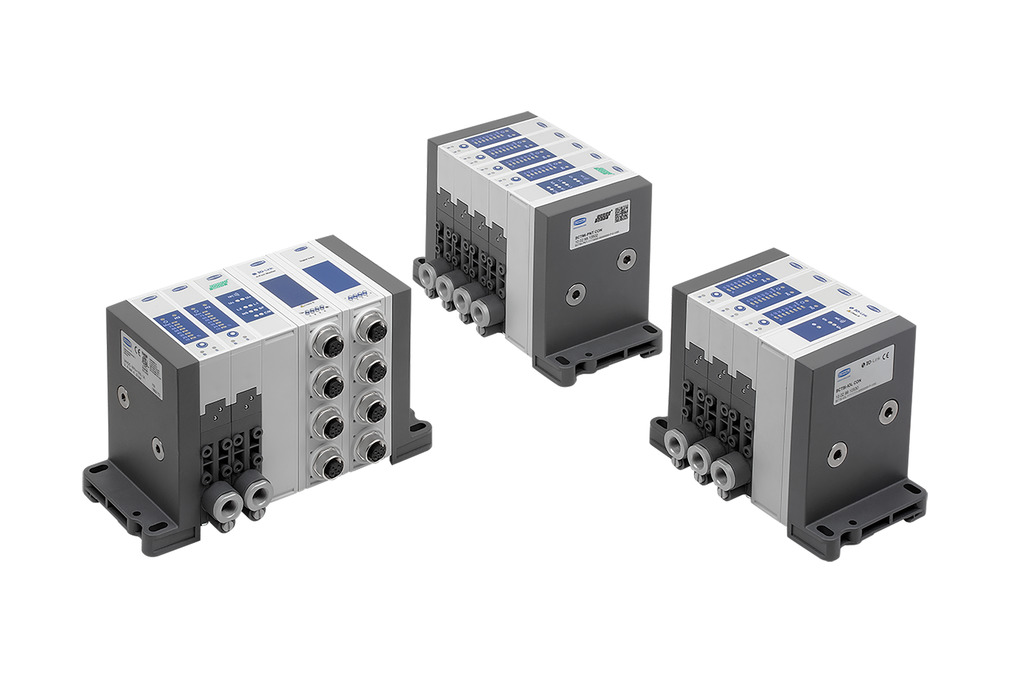